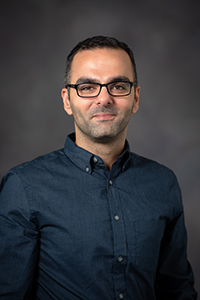 Georges Fares received his M.A. in Interior Design from the University of Texas at Austin. He has over eight years of experience designing and implementing private and public design projects in various countries in the Levant, Europe, the Gulf region and North America. Professor Fares’ designs seek to aid people with physical and mental difficulties. And his most recent project, which examines the different ways architecture and space could be engaged in treating and minimizing the obstacles of Autism Spectrum Disorder on children’s daily lives, has won him several recognitions and awards, including most recently the Ones to Watch Award 2019 by the American Society of Interior Designers (ASID). Professor Fares is also investigating effective methods of combining robotics and cutting edge technology with design to positively influence the behavior and daily lives of minority groups with special needs.