Tom Barstow, professor of kinesiology, and John Buckwalter, College of Health and Human Sciences dean, have been named Fellows by the American Physiological Society, or APS. The rank of Fellow within the APS is an elite member status reserved to honor distinguished leaders who have demonstrated excellence in science, have made significant contributions to the physiological sciences and related disciplines and have served the Society. 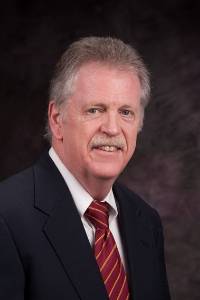 Barstow joined the kinesiology staff at K-State in 1996. His research focuses on six topics including: assessment of astronaut fitness requirements; pulmonary and capillary gas exchange; coupling of muscle blood flow to metabolism; fatigue; endothelial function in health and disease; and efficiency of exercise.

During his professional career, Barstow has received more than 21 grants totaling more than $7.2 million from organizations including the National Institutes of Health and NASA. He has served as the major professor for 10 doctoral students and 46 master’s students. His career is highlighted by multiple honors and awards including Faculty Research Excellence award from the College of Health and Human Sciences; the Professorial Award for Sustained Excellence (three time winner) from Kansas State; and the Exemplary Teaching award from Sigma Lambda Beta Fraternity at Kansas State. Barstow is also a Fellow of the American College of Sports Medicine. He has been an active member of APS since 1989, serving on the editorial board for the Journal of Applied Physiology since 2000 and by reviewing articles for the Journal of Applied Physiology since 1989 and the American Journal of Physiology since 1990.

He received all three of his degrees from the University of California, Davis including a bachelor’s degree in nutrition in 1974; a master’s degree in physical education in 1978 and he received his Ph.D. in physiology in 1985. 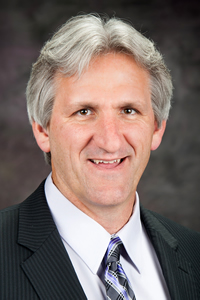 Buckwalter has served as dean of the College of Health and Human Sciences since 2013. Before arriving at K-State, Buckwalter served as the Associate Dean for Research and Graduate Studies at the University of Texas at Arlington where he taught Exercise Science and Exercise Physiology. Before taking an administrative role, he had an active research program investigating the neural control of circulation, publishing more than 30 original research articles that appeared in APS journals. He has received over $3 million in grant funding throughout his career from organizations such as the National Institutes of Health and the American Heart Association.

At K-State, Buckwalter has committed to promoting a culture of excellence within the college and creating an environment where students can access transformational educational experiences. Under his direction, the college has established a professional mentoring program, a new Physician Assistant program and has recently executed a college name change. He has been a member of APS since 1998.

About the American Physiological Society-

Founded in 1887, The American Physiological Society is a global leader in expanding knowledge related to biological function. The organization connects a multidisciplinary community of nearly 10,000 scientists and educations from around the world, driving collaboration and spotlighting scientific discovers in physiology and related disciplines. For a full list of APS Fellows, please visit their website.

This article was posted on Thursday, June 13, 2019, and is filed under College News, Kinesiology.