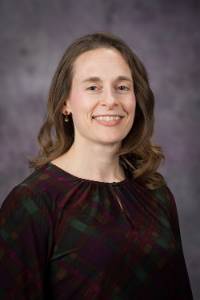 The American Academy of Health Behavior, AAHB, accepted Heinrich as she distinguished herself with her academic record of publication, grants and presentations.

“Minimum requirements to become a fellow are to have authored or co-authored at least 50 refereed papers published in national or international journals that regularly report the findings of original health behavior”, said Lara McKenzie, AAHB President. “In addition, candidates must also meet one of the following criteria: (a) Presented at least 75 scientific papers at national or international professional meetings; (b) Received at least 25 external research grants as a principal investigator or co-principal investigator; or (c) Received at least $1.5 million (or U.S. dollar equivalents) in external research grants as a principal or co-principal investigator. The criteria for Fellow status are specific and rigorous and are designed to recognize outstanding contributions to the body of knowledge in health behavior. Fellow confirmation also requires a two-thirds majority vote by the Board of Directors. Dr. Heinrich was unanimously endorsed.”

Heinrich joined K-State’s kinesiology program in 2010 as an assistant professor. Her research areas include high intensity functional training, applied exercise interventions and chronic disease, and active transportation. Throughout her professional career, Heinrich has published 65 peer-reviewed manuscripts and has given over 53 invited talks and 75 scientific conference presentations.

About the American Academy of Health Behavior:

The mission of the American Academy of Health Behavior is to serve as the research home for health behavior scholars and researchers whose primary commitment is to excellence in research and the application of research to improve public health.

This article was posted on Thursday, July 25, 2019, and is filed under College News, Faculty Research, Kinesiology.