The Career Achievement Award recognizes a Health and Human Sciences graduate who has made outstanding contributions to his or her profession. To be considered for this award, the recipient must have distinguished him/herself nationally or internationally by making positive contributions to society. Recipients also have demonstrated support of K-State and the College of Health and Human Sciences. 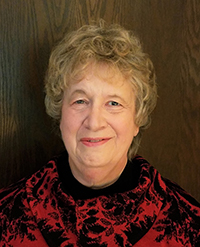 Dr. Mary Gregoire is a consultant assisting clients with enhancing education programs and achieving programmatic accreditation. She is professor emeritus at Rush University where she continues to guide graduate student research.

Gregoire formerly served as executive director for the Accreditation Council for Education in Nutrition and Dietetics; director of food and nutrition services, Rush University Medical Center; department chair of clinical nutrition, Rush University; and department head for apparel, education studies and hospitality management, Iowa State University. She has been an active researcher and has published more than 200 peer-reviewed manuscripts and abstracts on foodservice management issues including sustainability and operational effectiveness. She is the author of Foodservice Organizations: A Managerial and Systems Approach, a textbook widely used in dietetics and hospitality management programs.

Gregoire has her doctoral degree in foodservice and hospitality management from Kansas State University and holds a bachelor’s and master’s degree from North Dakota State University. She is a registered dietitian and received the Academy of Nutrition and Dietetics Medallion Award in 2021.

This is Gregoire’s second award from the college. In 2007, she was awarded the College of Human Ecology’s Distinguished Research Award. 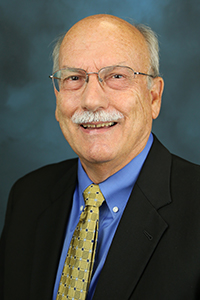 Mancini has received one university-level award from the University of North Carolina at Greensboro and two college-level awards recognizing his career contributions to the family science discipline (2002 Outstanding Alumnus Award, School of Human Environmental Sciences, University of North Carolina at Greensboro, and 2008 Alumni Distinguished Research Award, College of Human Ecology, Kansas State University). He is a fellow of the National Council on Family Relations, and of the World Demographic Association. In 2014 he was presented the Spirit of Military Families Coin by Defense Canada, Military Family Services/Services Aux Des Militaires. In 2018 he received the Excellence in Research on Military and Veteran Families Award.

Mancini has received numerous awards recognizing his contributions to the family science discipline including the Distinguished Research Award from K-State’s College of Human Ecology in 2008.

His current theorizing and research focus on families and communities. Active research projects include examination of the social relationships of youth and adults in military families, and community contexts and family well-being.

Mancini received his doctoral degree from the University of North Carolina at Greensboro and his Master of Science degree at Kansas State University.