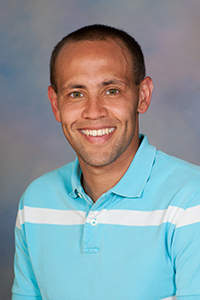 At the University of Florida, Ferreira directs the Laboratory of Basic and Clinical Muscle Biology and is an active member of the Myology Institute, Center for Respiratory Research and Rehabilitation, and Center for Exercise Science. His research goal is to understand causes and develop therapies for muscle weakness and exercise intolerance in chronic diseases. Members of the laboratory conduct studies involving patients and clinically relevant rodent models and use state-of-the art physiology, biophysics, and biochemistry techniques. Throughout his career, Leo has been funded by the National Institutes of Health and American Heart Association.

Ferreira earned his undergraduate degree in physical therapy from the Universidade Estadual de Londrina in Brazil. He earned his doctoral degree in Physiology from Kansas State in 2006 as a Fulbright Scholar. He is a member of the American Physiological Society, the American Heart Association and the Biophysical Society. 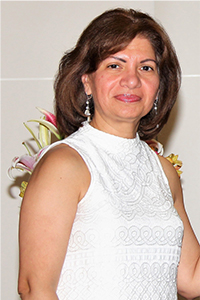 Khursheed Navder has made numerous contribution to her program, school, college and the Nutrition/Dietetics profession in a career that has spanned three decades. She is the director of the School of Urban Public Health at Hunter College of the City University of New York (CUNY), the largest urban university system in the country. She also serves as the Chair of the Nutrition program, where she plays an integral leadership role in ensuring the success of its accredited programs. Her unique, dynamic graduate didactic program was the first within CUNY and New York City to offer didactic dietetics education at the graduate level.

Navder's research interests have involved studying the effects of various food components on biochemical and metabolic regulations of lipid and alcohol metabolism. She has also looked at ethnic differences in fat distribution patters in children and neonates. She has also examined the effect of maternal diet and obesity on fetal growth and offspring adiposity. Over the years, she has collaborated with researchers at the Alcohol Research Center at the Bronx VA and with the NYC Obesity Research Center.