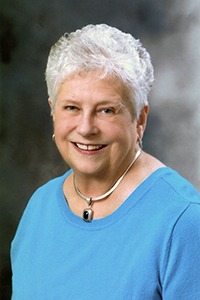 In 1970, Salina USD #305 opened a new high school, Salina High School South and Trickle was appointed the home economics department chair. Through time the department would later be named human ecology and later family and consumer science. She served as the department chair and as an instructor until her retirement from teaching in 2000.

After departing the school, Trickle continued to make an impact on the school system by running for the USD #305 school board. She was re-elected to the board in 2005, 2009 and 2013. She served as president of the board for two terms.

While serving on the school board, she was chosen as the Region V Vice-President of the Kansas Association of School Boards and was inducted into the Kansas Teachers Hall of Fame in Dodge City, KS.

Trickle is an active member of her community. She are her husband, Kenneth Trickle, a former teacher and Kansas State graduate, reside in Salina.