Origins of the Museum

The Historic Costume and Textile Museum at Kansas State University is composed of: 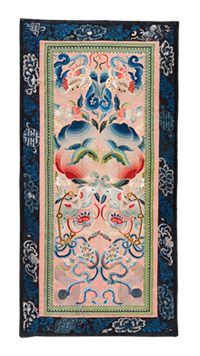 It began at the turn of the century with the articles that home economics professors collected as teaching examples and personal souvenirs. Pieces in the collection date back to as early as 1740 and as recent as the 1990s. It has since been augmented by donations and bequests of faculty, students, alumni and people throughout the world.

The most recent addition to the museum's collections features the work of Kansas-born designer and dress manufacturer Nell Donnelly Reed. The Nelly Don collection encompasses over ninety of her designs, patterns and patents.